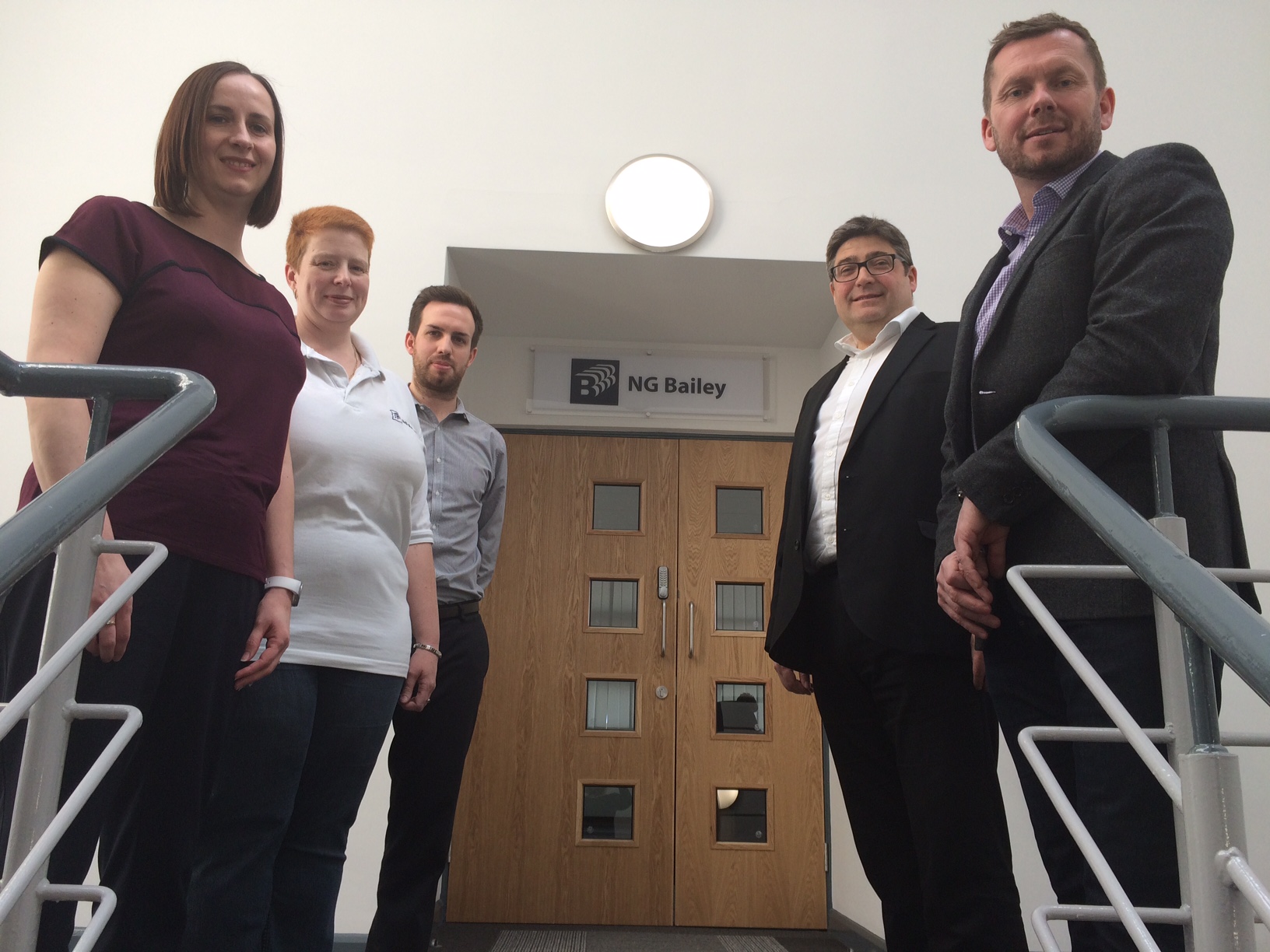 One of the largest independent engineering, construction and services companies in the UK has chosen ARBA Group’s Meadowhall Business Park for its Sheffield headquarters.

NG Bailey has relocated from premises on Rutland Road to take a lease of 2,000 sq ft of space in Block 3 of the newly refurbished Meadowhall Business Park as development in Meadowhall advances.

The 70,000 sq ft park, located close to the new Ikea development and adjacent to Meadowhall Shopping Centre, is undergoing a multi million pound refurbishment by ARBA Group after it was purchased from the council in 2016 and is now being marketed by Knight Frank & Campbell & Co.

Andrew Morley, Regional Managing Director at NG Bailey, said: “The NG Bailey Group is enjoying a period of sustained growth with sales of £408 million in 2016 and Sheffield is a strategic, developing city for us so it was important that we maintain a profile in the city, but location was the defining factor for our new offices.

“The park provides us with well appointed offices with close access to the motorway, which is vital as NG Bailey is a nationwide operation – yet we are minutes from the city centre and located within a very rapidly expanding section of the city.”

Meadowhall Business Park is located less than one mile from junction 34 of the M1, two miles west of Junction 33 of the M1 and within six and twenty-five miles of the M1/M18 intersection and the M1/M62 intersection respectively.

Since purchasing the site from Sheffield City Council, ARBA Group has seen a very high level of market interest and has many other suites under offer – some of which were being considered before the renovations started.

Richard Burns, Director at ARBA Group, said: “Meadowhall Business Park is undoubtedly looking like one of ARBA Group’s greatest successes to date and we will be announcing more lettings in the very near future.

“It is a great accolade for the park that NG Bailey, one of the country’s top independent engineering, construction and services companies, has become one of our tenants.

“The location of the park is its real USP and we are able to offer really highly specified offices at a fraction of the cost of city centre equivalents, but with better motorway access, one of the UK’s largest shopping centres on our doorstep and in the centre of one of the fastest developing parts of the city.”

Developments at Meadowhall include the construction of a new 370,000 sq ft IKEA superstore – due to open end of summer 2017, the £300 million expansion of Meadowhall Shopping Centre and the completion of new supercar showrooms for Porsche and Mercedez Benz.

Peter Whiteley, partner at Knight Frank and head of the Sheffield office, said: “The fact that NG Bailey is being announced as a tenant at Meadowhall Business Park is good news, but there will be much more to shout about shortly as more tenants are poised to sign and occupy.

“The level of interest we are seeing for the Meadowhall Business Park space is unprecedented as far as out-of-town office lettings are concerned in South Yorkshire and we had half of Block three under offer before the client began the refurbishment.

“The flexibility of the suites, which can accommodate requirements from 2,000 sq ft to 15,000 sq ft is part of the attraction, as is the quality of refurbishment that ARBA Group has put into the development – but location is the real driver.”

The park offers five, low-level, modern office blocks with each floor is separately and fully serviced and well lit with natural light, as are the entrance stairwells.

With Block three completed, each block is undergoing refurbishment which will include comfort cooling, upgraded washroom facilities, new kitchens, suspended ceilings, car parking and colour-coded cladding to the exterior.

ARBAGroup.co.uk is a property development specialist and asset manager with projects covering the East Midlands and Yorkshire and boasting more than 70 years of industry experience.